France, like some other countries, has defined national resilience, as a national security objective, but with a definition oriented towards the capacity to resist and adapt to the societal shocks it may experience.

This definition is as follows: “Resilience is defined as the willingness and ability of a country, society and public authorities to resist the consequences of serious events and then to quickly restore their normal functioning, at least under socially acceptable conditions. »

This definition is therefore aimed at the severe shocks that society may suffer, and has not yet taken into account the more chronic stress problems that a society may experience and which can, in a few years or decades, change the very nature of environmental, economic or social balances.

The impacts of climate change

Climate change, depending on temperature scenarios: from 1.5 to 4°C can completely change the nature of the society in which we will live. Indeed, the impacts will be major, both on the geography of our coastlines, on the rise of the seas, or on the amplitude, and perhaps the frequency, of extreme climatic events. The consequences will be numerous: forest fires in regions that are currently spared, chronic drought in certain territories, emergence or re-emergence of vectors and transmissible diseases, etc…

However, climate change is not the only threat that awaits us in the decades to come: profound economic changes and the extreme dependence of all economic and social activity on infrastructure networks of all kinds (energy, water, telecommunications including the Internet …), social fractures (living together), population movements, The consequences of migration for climatic or economic reasons can create societal spasms with far-reaching consequences in political, social or economic terms, i.e. in terms of global security, not to mention geopolitical upheavals, because peace is only assured if one is strong enough to be a deterrent.

Our society is therefore fragile, and it must not only be capable of absorbing one-off shocks, but this is what organizational resilience brings, which includes risk and threat analysis, prevention, planning, crisis management, operational response, service continuity and one-off adaptation. But it must also be capable of reducing overall risk, vulnerability, through ongoing adaptation, which I will call structural resilience.

The Initiative that was taken a few years ago by the Rockefeller Foundation on the idea of 100 Resilient Cities to play an interesting role as an incentive in many communities and countries, including France, where Paris is the first city in France to have a Senior Resilience Officer in the person of Mr. Sebastien Maire, it is interesting to note that he works almost more on structural resilience than on organizational resilience.

However, it is this “holistic” approach to resilience that needs to be developed today. This approach ultimately enables a better analysis of risks and threats by trying to detect medium- and long-term emergences and to put in place a basic rule, which is found in highly reliable organizations: “strong response to weak signals”. And to develop, as of now, counter-measures on issues whose occurrence is high or highly probable and for which it is necessary to act as much on the causes as on the consequences. In the end, structural resilience will act on the causes, and organizational resilience will try to reduce the consequences, especially on strong or extreme shocks.

Structural resilience will therefore apply to a very large number of areas of human activity: the environment, a key issue; critical infrastructures, physical and virtual networks, human and animal health, economic capacity and sovereignty, social dimension and acceptability, etc. in the main areas. The objective is close to the concept of sustainable development, but it differs from it in the sense that it characterizes the ideas of intersectoral vision, anticipation, and reduction of vulnerability, which must be intrinsic to the present choices. It is therefore a long-term vision with immediate action, which has been absent for many years, and which must return to the level of major public and private strategic choices.

This calls for a new reflection on the management and organization methods of the major public and private players. The challenge will obviously be to avoid giving in to “fads” and to reintegrate a very open, collaborative way of thinking, which must reflect on the issues at stake, on the changes, and use this “global crisis”, where our traditional models are being called into question, to identify new opportunities that will enable us to move into the 21st century without major consequences for humanity. To do this, we must have a clear vision of the timescales and the various changes we are going to experience. Think and act differently, including in financing.

The French High Committee for Civil Defense has been working for more than 35 years on this concept of organizational resilience. The actions it has carried out have aimed to better prepare organizations for exceptional situations, whatever their origins or nature. It carries out this mission by raising awareness, training, rewarding, and exercising organizations: communities and companies that are members. At the same time, it has provided assistance and support to the State on public policies in the areas of prevention, crisis management and resilience.

It is now necessary to move on to a higher stage and help organizations to implement these two types of resilience at the same time: organizational and structural, in order to achieve a state of global resilience in a rapidly changing and sometimes violent world.

It is this change that must also be made for the HCFDC, which could very soon become the French High Committee for National Resilience, which will aim to focus its work from both angles but without compromising the essential dimension of national security that has always been part of its DNA.

It is highly likely that these new approaches will generate in many activities, new professions and new markets, which will generate significant opportunities for economic players. Global resilience is not a burden, it is an essential investment for the future and an insurance for the short and medium term. 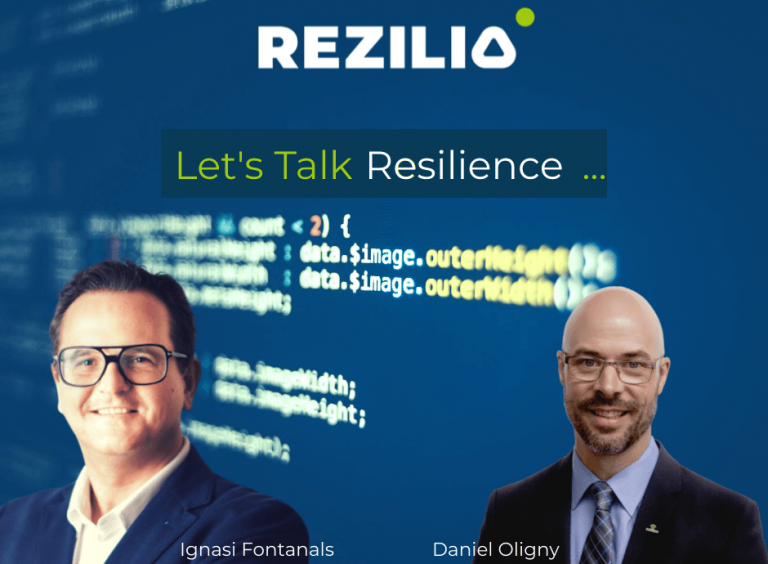